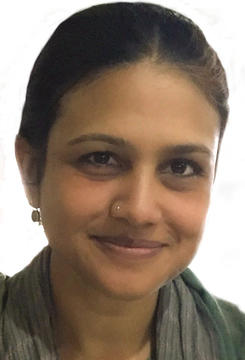 Lynna Dhanani is a PhD candidate in Asian Religions in the Department of Religous Studies. Her dissertation explores the confluence of inter-religious polemics, philosophical debate, devotional themes, and poetics in the Sanskrit hymns of a Jain monastic scholar writing at the courts of two Hindu kings in twelfth-century western India. Prior to coming to Yale, she studied at the University of Chicago and the University of Virginia,​ from which she obtained an MA in the History of Religion. She graduated from the George Washington University with a BA in International Relations. She has spent several years living and studying throughout the Indian subcontinent, as well as in France, Morocco, and Syria. She is a practitioner of the classical Indian dance form of bhāratanāṭyam and has worked as a docent at the Smithsonian’s Freer and Sackler Galleries of Asian Art. Lynna looks forward to assisting students with writing at all phases, in the arts and humanities and beyond.