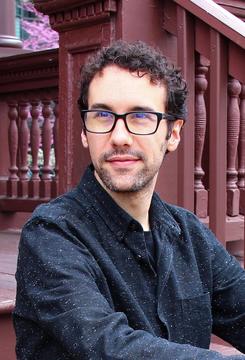 Nahuel Telleria is a 8th year doctoral candidate in Dramaturgy and Dramatic Criticism at Yale School of Drama studying contemporary Argentine theater. His dissertation analyzes the confessional attributes that structure post dictatorship drama in relationship to the socioeconomic context of democratic return and financial collapse. In 2019, he received a Fulbright grant to conduct his research in the city of Buenos Aires, where he affiliated himself with the Contemporary Theater, Politics, and Society in Latin America Working Group at the Gino Germani Research Institute. Alongside his scholarly endeavors, Nahuel works as a freelance dramaturg, translator, and writer. In 2016, he co-dramaturged Yale Repertory Theatre’s production of Happy Days, which saw remounts at Theatre for a New Audience (2017) and Mark Taper Forum (2019); his translation of Lorca’s Blood Wedding premiered at the Wilma Theater in 2017. He also works for Dwight/Edgewood Project, a playwriting program for New Haven middle school students. Nahuel has a BA in English and Theater from Columbia University, an MA in Humanities from the University of Chicago, and an MFA in Dramaturgy and Dramatic Criticism from Yale.