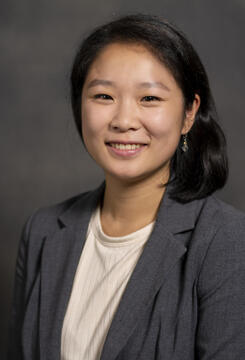 Allison Chu is a music scholar, educator, and Ph.D. candidate in Music History at Yale University. Her primary research areas include American opera in the twentieth and twenty-first centuries, contemporary classical music, and representations of identity on and off the stage. Her dissertation project, tentatively titled “Documentary Opera: Archives, Identity, and Politics in Contemporary American Opera,” explores the growing trend of American contemporary opera grounded in primary source materials and its surrounding industry efforts to make opera socially and politically relevant. Intersecting opera studies, theater & performance studies, and documentary studies, this research argues that American documentary operas employ specific narratives, often from individuals who have been historically marginalized, to counter standard and hegemonic narratives of United States history.

From 2017 to 2019, she worked with the University of Michigan Gershwin Initiative as an Editorial Assistant. Allison was awarded a University of Michigan EXCEL Enterprise Fund grant to research blackface minstrelsy, the representation of Black cultural life, and genre hybridity in George Gershwin’s Blue Monday. Allison is one of the founding members of the Grant Hagan Society, a graduate student-led affinity group that supports people of color in the Yale Department of Music. She served as a co-chair from 2020-2022 and on behalf of the society, she was awarded a Teaching Innovation Project grant from the Yale Poorvu Center for Teaching and Learning to build the web resource, “Diversifying Music Studies,” accessible on GHS’s website. Beyond Yale, Allison is invested in bridging the gap between performers and scholars, practicing public musicology through engagements such as her position as guest lecturer for the 2020 Lakes Area Music Festival and the 2021 Connecticut SummerFest, and as one of the founding members of the Midnight Oil Collective. She also writes for the Boston Lyric Opera. Outside of scholarly work, Allison enjoys reading novels, traveling, and playing chamber music.