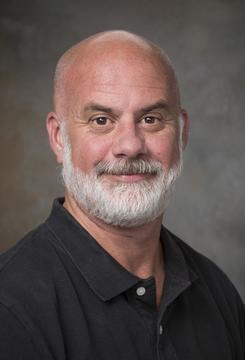 Craig Tomlin is the Field Operations Manager for the Broadcast Studio.  He joined Yale in November 2000 as an Associate Video Producer with the Yale school of Medicine.

In addition to participating in all aspects of field and studio production at the Broadcast Studio, Craig is responsible for the logistics of scheduling staff and equipment to the multitude of events that the department covers, as well as interactions with and coordination of clients, talent and coworkers while in the field.

Prior to joining Yale, Craig worked for nine years as the Vice President of Anglesea Visual evidence in Hartford in the field of litigation video.  There he recorded close to a thousand video depositions, produced wrongful death documentaries and played back testimony hundreds of times in courts across the state, including high profile cases and clients such as Dr. Henry Lee, Mia Farrow vs. Woody Allen, and the OJ Simpson civil trial. Craig also freelanced for Mountain Productions, where he travelled across the country professionally recording audio for major pharmaceutical company meetings and seminars.

Craig received a B.A. in Communications with an emphasis in Video Production from Central Connecticut State University. He resides in Hamden, CT with his wife Mary, a German Shepard, and three cats. Craig has two sons, Matthew and Ryan, who are presently attending his alma mater.