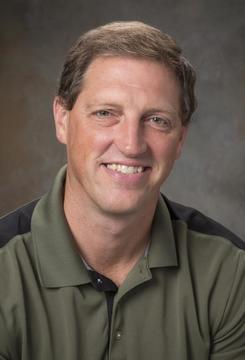 Doug is the Associate Director of the Yale Broadcast Studio.  For over 20 years he has been using his varied experience in video production to help form and disseminate Yale’s inspiring message of research, scholarship, education, preservation and practice to an expanding global audience.

Doug’s career at Yale began by co-founding a professional video production unit within the Yale School of Medicine, establishing standards of quality within the Medical School and Yale-New Haven Hospital. It was here Doug worked on the award winning film ‘Microscopy: Tools of the Biosciences’ produced by Martin Gordon, MD.

in 2007 Doug served as Post Production Manager for ‘OpenYaleCourses’, the pioneering and award winning endeavor into online learning. This groundbreaking effort quickly propelled Yale into a leadership position in the burgeoning field of online learning.

In his current role, Doug has directed some of the most popular and favorably reviewed public Yale courses including ‘Moralities of Everyday Life’, ‘Introduction to Classical Music’ and ‘Understanding Medical Research: Your Facebook Friend is Wrong’, among others.

in 2020, Doug received the Linda Lorimer Award for Distinguished Service for his work on Yale’s ‘Virtual Commencement Ceremony’.

Doug is a graduate of Central Connecticut State University with a B.A. in Communications, a veteran of the United States Coast Guard Reserve and a constantly bewildered and misunderstood father of 3 teenaged daughters.