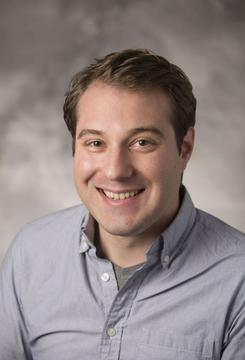 Thom Stylinski is a video editor, writer and director. As Senior Creative Producer at the Poorvu Center, Thom designs and produces video content, borrowing techniques from fiction films, documentaries and YouTube. He has produced many of Yale’s MOOCs on Coursera and programs from professional schools, with a focus on effectively translating material into the online format.

In the past at Yale, Thom wrote, directed and edited narrative pieces such as the freshman orientation video / surreal comedy “You, Your Safety And You!” and a documentary on an experimental performance of Scriabin’s Prometheus.

Thom wrote, co-edited, and voice acted in NUTS!, a documentary about a conman in the early 20th century, which premiered at the 2016 Sundance Film Festival, winning the Special Jury Award for Editing.